The term Romei (Romans, plural of Romeos/Roman) reffers to all inhabitans of the Roman Empire (or Romania, as it was called by the citizens; Ρωμανία).
. 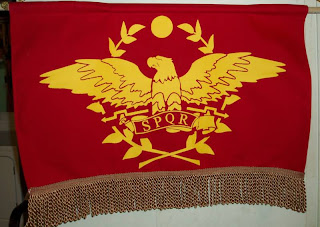 The main characteristic of this state (especially after Constantine the Great) was that the people were Orthodox Christians. The Roman Orthodoxs, the citizens of the Empire, spoke either Greek (all over the Empire and especially in the areas of modern Greece, Balkans, Turkey, Syria, Palestine, Egypt and Italy) or Latin/Latinized dialects (areas of modern France, Spain, North Italy, Roumania-Wallachia/Vlachia, Albania etc.). Nevertheless, the Greek language was spoken by the great majority of the population. Remember that the Bible was written in Greek. Even the Paul's Epistle to the Romans (52-55 AD) was written in Greek!!! That means that the majority of the people even in the city of Rome itself spoke Greek. In any case, the Latin-language was related and akin to the Greek-language. Some even characterize it as an Aeolic Greek dialect. Moreover, many citizens of the Empire were bilingual, speaking both Greek and Latin. Even today in Greece there are thousands of Vlachs, who speak a Latin dialect. The language was never a problem. All the citizens were Romei/Romans, all of them were brothers belonging to the same state, the Romania. 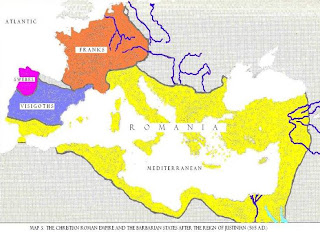 In 1453 AD the Turks [keep in mind that the majority of the Turks are not Mongols but Romei forcedly converted to islam] conquered Romania. After 4 centuries of slavery, in 1821 AD, the Romans revolted against the Turks and a small part of Romania (the area of Athens and Peloponnese) was free again.

In order to efface Romanity from historical reality, the Great Powers of that time (Imperial Russia, along with French and British Empires) refused to recognize the state as Romania but only as Greece/Hellas. In parallel, the terms "Byzantium" and "Byzantine Empire" (used for the first time in 1557 by Hieronymus Wolf) were deliberately generalized in use instead of the correct "Romania" and "Roman Empire". Moreover, these Foreign Powers, in order to control the situation, put a Bavarian prince called Otto as "King of Greece" and since then, for almost two centuries, systematic brain-washing efforts have been made using the local elits, to make the citizens forget their Romanity. This confussion regarding the identity and the consequent loss of orientation, is the cause of the generalized crisis encountered in the area.

For more details please see the book: "Romanity or barbarity?" in English and especially
Chapter 8: "Charlemagne and the autonomizing of the West from Romanity" and
Chapter 7: "The first appearance of the “Greeks”"
- 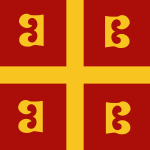